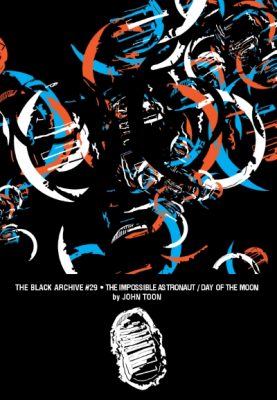 ‘A lot more happens in ’69 than anyone remembers.’

Starting with the Doctor’s death and ending with a shootout against alien abductors, The Impossible Astronaut / Day of the Moon is an audacious start to a season that redefines the relationship between the 11th Doctor and his companions and raises questions about his motives and methods. It presents a Doctor on the back foot, knowing less about his predicament than his friends do and willing to take desperate, ethically questionable action against his enemies. It introduces the Silents, monsters whose ability to control humans through subliminal suggestion has profound philosophical implications. It also engages playfully with recent history while subverting the ‘celebrity historical’ format by forcing the Doctor to team up with one of the 20th century’s less well regarded political figures.

This book delves deeply into the iconography of The Impossible Astronaut / Day of the Moon, pointing out its thematic strength as a story and as part of Doctor Who, before considering in detail the moral dimension of the story’s controversial resolution.

John Toon is a writer, blogger and organiser in New Zealand SF fandom.