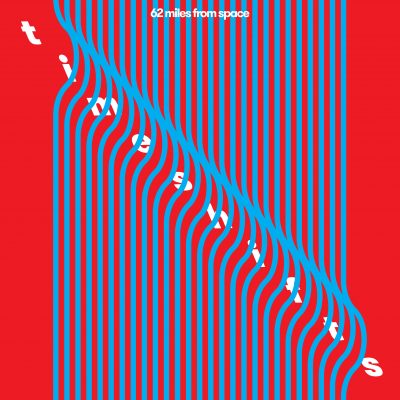 Obviously (says me, a middle aged man with a huge record collection), physical artifacts are generally to be preferred to streaming and downloads, but in the case of ‘Time Shifts’, I’ll make an exception.

Not, I hasten to add, because their four track debut EP is rubbish (far from it, it’s great), but because the download from the always reliable Mega Dodo Records contains two extra tracks in addition to the four dream-like slices of keyboard magic on the vinyl, and every bit of 62 Miles from Space’s output is worth savouring.

Combining late 60s synth sounds with carefully positioned vocals on some tracks (check out the title track below), and Kraftwerk-infused electronica on others, the oddly named 62 Miles from Space (a ‘virtual’ band created by two talented Moscow-based guys who collaborate entirely via the internet) have created a short collection of songs which deserves to be more widely heard.