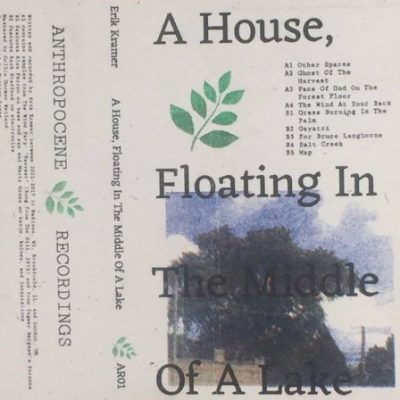 This was just about the first thing I stumbled across on Bandcamp.  I was drawn in by the album name, I have to admit, before I even got to the music but having started it streaming through my crappy laptop speakers (before I spent a bit of money to upgrade everything) I was instantly captivated and it remains an album I go back to again and again.

I knew I was going to love this music the second that the gentle guitar of opening track ‘Other Spaces’ was interrupted by a police car siren in the background.  Kramer stops, the car passes by, and he begins again from where he left off, a happy accident which somehow only adds to the track, marking the point at which pastoral folk begins to descend/ascend into something more abstract and less easily defined, and the track moves towards an ambient drone, full of subtlety.

And the whole album follows that (non) pattern – nothing is exactly what it seems, everything is in flux and liable to change.  Stand outs include ‘Grass Burning in the Palm’ where Kramer adds his own voice to birdsong, saxaphone, hollow, echoing drums and what sounds like xylophone to create a fascinating soundscape, and some wonderful guitar playing on ‘For Bruce Langhorne’ – but there’s not a failure on here.

(digital only – there was a cassette, apparently, but annoyingly I missed out on it!)