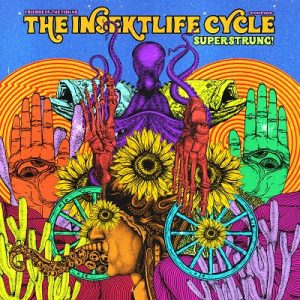 The band describe this new EP as ‘a sonic work of instrumental heavy psych and modern blues in sunshine acid’, and of those various descriptors, ‘heavy’ is the one I’d choose as most appropriate. This is psych from the prog end of the market, filled with big riffs, funky synths and thumping drums, with every track a showcase for virtuoso playing from the members of this three piece Filipino band.

The title track is particularly on the ball in this respect, with guitarists Ronnel Vivo and Jay Jumawan absolutely ripping their guitars apart and Nal Vivo blasting away on the percussion. It’s reminiscent of Black Sabbath at times, and of the heavier, Carlton Melton side of stoner rock.

It’s not all math rock precision and prog excess, though. The closing track on the EP, ‘Recline’ shows the more mellow side of the band, with a lovely looping bass line, and the gorgeous sound of guitar strings languidly bending to the fore. This is the sound of sunshine acid from the band’s own description. Close your eyes and picture yourself lying on the grass at the top of some sandy dunes, just watching the light summer clouds chase across the sky…

Fruit de Mer – who are rapidly becoming one of my favourite labels – could never be accused of resting on their laurels, or of ploughing a narrow furrow, and they’ve hit upon another excellent new band here. 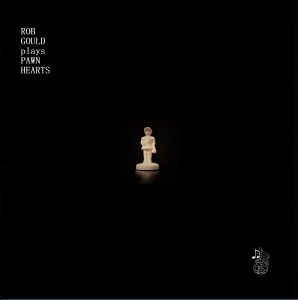 And here’s a case in point.

Cover versions are obviously not a new idea as a concept covers have been around since the days of early rock and roll at least, when certain, generally white, bands existed solely to do covers of R&B hits by Black artists.

Album length cover versions are newer but less common – I think the first one I actually bought was the NME charity release Sgt Pepper Knew my Father back in the mid-80s, but musicians as diverse as Beck, the Flaming Lips and Laibach (whose covers of Let It Be and The Sound of Music soundtrack are astonishing) have all released multiple entire covers albums since then, and the legendary Booker T and the MGs had covered the whole of Abbey Road as early as 1970, mere months after the release of the source album.

The aim of these albums varies too. Unlike those early rock and roll covers, where the intention was to remain as close in sound to the original as possible, many of these modern covers albums have gone the other way entirely – hearing Milan Fras of Laibach growling his version of ‘My Favourite Things’ is about as brilliantly far from Julie Andrews as it’s possible to get.

Rob Gould’s version of the original vinyl release of Van Der Graaf Generator’s bonkers prog classic Pawn Hearts, however, forgoes this sort of experimentation, in favour of a more gentle homage to its illustrious (and half a century old) original.

According to the sleeve notes, Gould figured out the (complex) music for the three long tracks on the album simply by repeatedly listening and experimenting over several months, which means that it’s not a slavish copy, nor a wild deconstruction, but a subtle re-imagining. There are differences from the original, but these are still immediately recognisable as the same songs: there’s a couple of minutes more of the opening instrumental section in Gould’s version of the opening track than on the Hamill-led one, for instance, and some of the vocals are pitched slightly differently to my ears. But always Gould and his collaborators anchor their versions firmly to VDGG’s templates.