“You shouldn’t like things because people tell you you’re supposed to.”

In the summer of 2016 the story of Will Byers’ disappearance captivated a largely unsuspecting Netflix audience, leading many to binge watch the entire eight week series in one or two sittings.

Played out across a range of genres, Stranger Things is a coming of age tale, an extended horror flick and a psychological thriller, but above all it is an unashamed love letter to the work of many of the Duffer brothers’ most cherished creators, from composers and producers to authors and games designers.

Paul Driscoll examines how these diverse sources shaped the series and its reception, drawing attention to the prominent role of nostalgia, especially for the 1980s, and the often disturbing real and imagined events that lie behind Hawkins and the Upside Down.

Paul Driscoll is an author, editor and publisher, based in Greater Manchester.

He has previously written Black Archives on The God Complex and Doctor Who (1996). 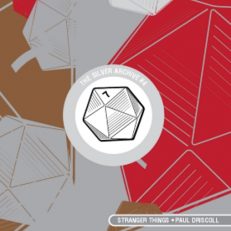