James Cooray Smith contributed production notes to a number of the BBC’s Doctor Who DVD, and has written books and articles on popular culture for the New Statesman and others.

He is the author of The Black Archive #14: The Ultimate Foe and The Silver Archive #3: Sapphire & Steel Assignments V & VI. 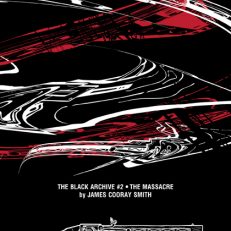