‘These have been the best years of my life, and they are mine. Tomorrow is promised to no one, Doctor, but I insist upon my past.’

Hell Bent (2015) is a story that twists our expectations. Grand villains are reintroduced and then quickly discarded. The Doctor shifts from a heroic figure to an anti-hero. And a familiar scenario between the Doctor and a dying companion plays out with radically different results.

This is a story that explores and challenges some of the Doctor’s most paternalistic, controlling behaviours. The companion departs with an origin story equal to the Doctor’s. And with a Time Lord’s on-screen regeneration from a white man into a black woman, the path to Jodie Whittaker’s casting as the Doctor became even clearer.

Alyssa Franke writes the blog Whovian Feminism and is the co-host of the This Week in Time Travel podcast. 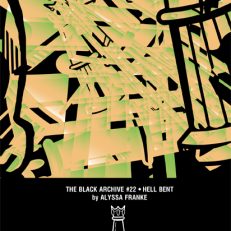