‘Through the millennia, the Time Lords of Gallifrey led a life of peace and ordered calm…’

The Deadly Assassin (1976) is a pivotal Doctor Who story, reimagining the Time Lords and established much of the continuity and iconography still used today. Arguably the defining script of Robert Holmes’ prolific career, it showcases his gifts for worldbuilding, linguistic inventiveness and social satire. Though firmly grounded in 1970s politics, it also draws on older roots in Gothic fiction, film noir and Holmes’ experience of the Second World War.

Andrew Orton is an artist, animator and audio producer who has written books about Doctor Who, Robin of Sherwood and Blake’s 7. 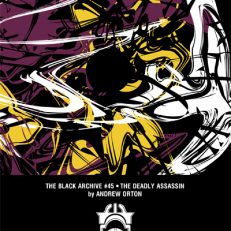