Andrew Hickey has written books on topics including superhero comics, 1960s pop music, Doctor Who, and the intersections between those subjects. His first novel, Faction Paradox: Head of State, was published by Obverse Books in 2015.

His Silver Archive on Gurney Slade was published in 2020. 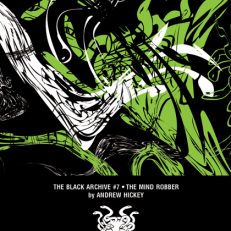