Add to wishlist
SKU: N/A Categories: Books of the Month, Doctor Who

In 1987, Andrew Cartmel took over as Script Editor of Doctor Who, and immediately began to plan how to revitalise a tv series which some in the higher echelons of the BBC thought of as moribund and ripe for a final cancellation.

With one script already commissioned before he replaced Eric Saward in the role, the very first televised adventure in Cartmel’s now legendary Masterplan was Paradise Towers, written by newcomer Stephen Wyatt.

At various times, Paradise Towers has been described at the story which introduced camp into the show, the source of swimming pool phobia, and the first step back from the brink for the series in terms of quality story telling. Obviously, no matter how good it – and the stories which followed – were, it wasn’t able to prevent the 1989 cancellation, but it’s a story in such high, and ever increasing, regard, that 2021 has seen the launch of a successful comic series, with audios and a Black Archive to follow soon.

And later this year, Obverse will present a further set of tales set in the Towers, fully licensed from, and with a new story by, Paradise Towers creator, Stephen Wyatt.

Join our writers in a trip to Kroagnon’s great masterpiece… 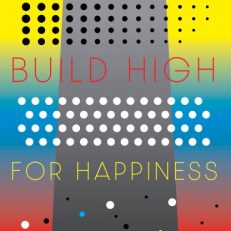