9. Dr Who: Escape to Danger

THIS BOOK IS A CHARITY FUNDRAISER AND NOT TO BE BOUGHT FOR RESALE – THEREFORE ONLY ONE COPY PER ORDER PLEASE!

An abandoned spaceship, a deadly mine, treacherous pirates, untrustworthy politicians and the dreaded Daleks – time and space are full of dangers for Dr Who and his family …

The new anthology in the Cushing Dr Who series of charity releases.

All profits will be donated to the British Heart Foundation via the Paul Lynas Memorial Group.

About the Paul Lynas Memorial Group

In September 2017 our friend Paul Lynas passed away suddenly from undiagnosed heart failure aged just 37. His death devastated the family and everyone who knew Paul.

Following on from Paul’s passing a group of his closest friends wanted to organise a charity golf day at Uphall Golf Club in Livingston in Paul’s memory with funds raised going to British Heart Foundation. Our very first charity golf day which was held in June 2018 surpassed all our expectations selling out in a matter of weeks and saw over 250 people attend and went on to raise over £11,000 for British Heart Foundation. The golf day quickly grew into other events in Paul’s memory and we now hold 3 separate bowling days as well as a race night in his memory. To date our group has raised over £51,000 for BHF.

Our work in Paul’s memory has also seen us win a National award for ‘Fundraising In The Community’ at the Heart Hero Awards in October 2020 and we have had 4 motions raised about our work in the Scottish Parliament over the past 3 years as well as being involved in campaigning for CPR to be taught in every school, which was passed in 2019.

Another area we are incredibly passionate about is defibrillators and the massive importance of as many people as possible having access to them. At the end of last year we placed an order from BHF for a defibrillator and a casing that is going to be fitted here in Livingston in Paul’s memory. The Defibrillator will be accessible 24 hours a day and may one day be the difference between life and death for someone. We hope this will be the first of many that we look to have in Paul’s memory in locations all over Scotland. 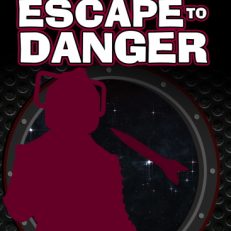