Dr Who: The Yeti Invasion Of London

‘After the success of Dr. Who and the Ice Men from Mars, Milton Subotsky and Michael Carreras didn’t wait to see how The Tenth Planet Invades the Moonbase fared to set their next production in motion…The plan had always been for a Yeti film to be the fifth instalment in the series, the third in the co-production deal between Amicus and Hammer… While both Subotsky and Carreras had enjoyed The Web of Fear on TV and felt the Underground could make for a very atmospheric and immediately identifiable location, they were concerned about the limited visuals it offered. Both were also keen to get some striking outdoor location filming into the movie…and so [the writers] added aspects of the first Yeti serial, The Abominable Snowmen, taking the story to the Det-Sen monastery in Tibet.’

The fifth book in the Cushing Dr Who series of charity novels. 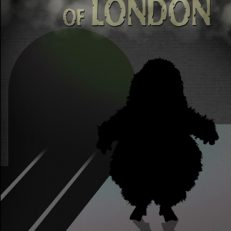 You're viewing: Dr Who: The Yeti Invasion Of London £6.95
Add to basket