THE MYSTIC MENAGERIE OF IRIS WILDTHYME by Nick Campbell

When a fabulous beast is glimpsed in the British Museum, it’s just the start of an extraordinary adventure for the immortal Iris Wildthyme. The Clock-Watchers are on the rise, and meanwhile an enemy awaits Iris – under the hill… 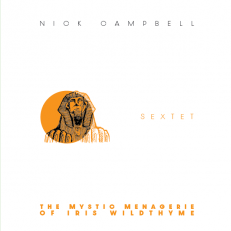