We're closed for our summer holidays! Feel free to place orders, but please be aware that they won't be dispatched until 1 June!
View basket “Shooty Dog Thing (Volume 1) – Paul Castle” has been added to your basket.
Sale!

Over the years, people have suggested that one of the Radiophonic Workshop composers should write a book. I was always reluctant because there were already books out there that described the history of the workshop, and I couldn’t see the need for yet another. It was only when the Radiophonic Workshop formed a touring band, and when time after time the most bizarre things happened at our various concert venues, that I started to visualise how a book might work. It would be a way of recounting all those recent experiences alongside stories of my career in music for TV between 1974 and 1998. For those of us still promoting the Radiophonic brand, the ethos of the Workshop is still going strong, twenty two years after the BBC department closed.

https://www.peterhowell-media.co.uk
This title is also available as a bundle with AN ELECTRIC STORM: DELIA, DAPHNE AND THE BBC RADIOPHONIC WORKSHOP 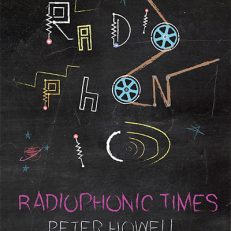