THE RISE & FALL OF SEÑOR 105 By Blair Bidmead

The past has caught up with Señor 105 and is headed on a collision course with the future. As the secret history of the solar system is revealed, the shocking truth may be too much for even him to bear…

CLOSING THE CASEBOOK By Nick Wallace

It’s four decades since the Casebook of the Manleigh Halt Irregulars was finally closed. In the backwaters of a foreign land, Clarissa Miller finds that a summons from Isiah Dogberry cannot be ignored nor the past forgotten forever.

THE MYSTIC MENAGERIE OF IRIS WILDTHYME By Nick Campbell

When a fabulous beast is glimpsed in the British Museum, it’s just the start of an extraordinary adventure for the immortal Iris Wildthyme. The Clock-Watchers are on the rise, and meanwhile an enemy awaits Iris – under the hill…

A femme fatale with a mysterious six fingered gloved hand, a seemingly cursed and missing Egyptian mummy, and a monstrous killer automaton are among the threats faced by Seaton Begg.

War Eternal, on Earth as it is in Heaven, but when the approval ratings for the war are down, who can the military industrial complex turn to?

VANISHING TALES OF THE CITY  By Kara Dennison

A court with no ruler.  A diary with no author.  A party at which the guest of honour may never have existed.  Six new stories explore mysterious disappearances from the City of the Saved… and the familiar faces who step in to take their places.

Blair Bidmead  is a novelist, illustrator and artist, who published a Señor 105 novella, By the Time I Get to Venus in 2012 and his first novel Weapons Grade Snake Oil with Obverse in 2017.

Nick Wallace‘s first novel, Fear Itself, was released by BBC Books in 2005.  He wrote the critically acclaimed Manleigh Halt Irregulars novella, The Irredeemable Love,  and has written many audio plays and short stories for Big Finish Productions.

Simon Bucher-Jones has written or co-written five novels and multiple short stories for Doctor Who and its spin-offs, as well as Sherlock Holmes.  He has written two Black Archives for Obverse Books, co-authored the Faction Paradox novel, The Brakespeare Voyage and edited the anthology The Book of the Enemy.

Jonathan Dennis has written for the Faction Paradox, Iris Wildthyme, Señor 105, and Bernice Summerfield ranges. His first novel was The Brakespeare Voyage, co-written with Simon Bucher-Jones.

Kara Dennison is a writer and journalist specialising in deep analysis of geek and genre entertainment. She has contributed to Seasons of War, and The City of the Saved series, and is the co-creator of the light novel series Owl’s Flower. 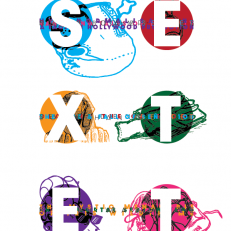