Mike says: “I can still remember the first time I encountered Justine and the Faction.

She was at an auction in the Unthinkable City and at that time still possessed her own shadow. I followed the growth of her career as a prominent member of ‘The ritualistic time-travelling guerrilla organisation’ with considerable enthusiasm from The Faction Paradox Protocols through The True History of Faction Paradox and beyond.

A dark and terrible fascination that became the inspiration for this album.

Borrow a shadow and tread the dark and tangled streets of a twisted and hidden London.” 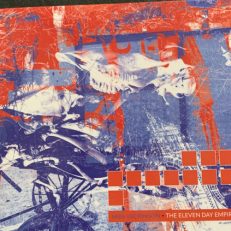