Sextet 6: Vanishing Tales of the City

VANISHING TALES OF THE CITY by Kara Dennison

A court with no ruler. A diary with no author. A party at which the guest of honour may never have existed. Six new stories explore mysterious disappearances from the City of the Saved… and the familiar faces who step in to take their places.

Kara Dennison is a writer and journalist specialising in deep analysis of geek and genre entertainment. She has contributed to Seasons of War, and The City of the Saved series, and is the co-creator of the light novel series Owl’s Flower.

The City of the Saved is copyright Philip Purser-Hallard. 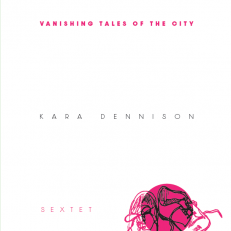