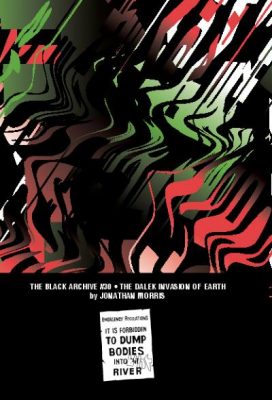 “Survivors of London, the Daleks are the masters of Earth. Surrender now and you
will live.”

The story of the Daleks’ return to Doctor Who in The Dalek Invasion of Earth (1964) has been told in multiple media, but for this Black Archive, Jonathan Morris has had unparalleled access to the many variants of the scripts.

After 55 years, learn the identity of ‘The Waking Ally’, discover Milton Subotsky’s working draft of the second feature film, and find out why the iconic shot of the Daleks crossing Westminster Bridge doesn’t appear in the actual story.

Jonathan Morris is one of the most prolific and long-standing contributors to Doctor Who Magazine, as well as writing five novels for BBC Books and over fifty stories for Big Finish.

BUY THE DALEK INVASION OF EARTH