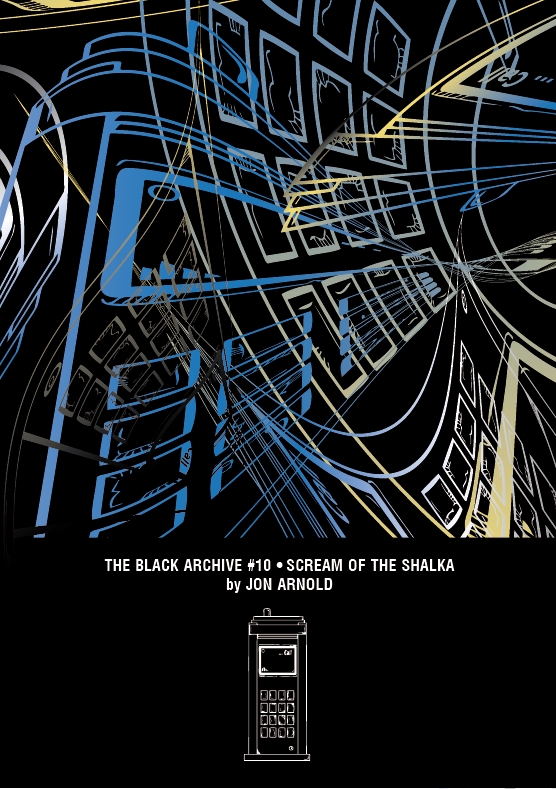 ‘I do love a nice old-fashioned invasion.’

Intended as the first in a series of online animated dramas, Scream of the Shalka (2003) was the first attempt to redefine Doctor Who for the 21st century. Produced by BBCi and written by Doctor Who novelist (and later scriptwriter on the revived series) Paul Cornell, it maintains a traditional feel while rethinking the roles of Doctor, companion and villain.

Richard E Grant’s Doctor is characterised as aristocratic and aloof, drawing on models from the past such as Jon Pertwee’s third Doctor, Sherlock Holmes and even Dracula. The story, in which the Doctor must accept military assistance to foil an alien invasion beginning in an isolated English village, adheres to a venerable formula. Nevertheless, Scream of the Shalka anticipates its successor in perceptive ways – featuring a Doctor who is ‘an emotional island’ numbed by recent trauma, a companion who must choose between a predictable life with her boyfriend and the joys and dangers of travel with the Doctor, and a Master humiliated by the Doctor’s duty of care.

A victim of timing as much as of its own flaws, Scream of the Shalka remains a fascinating glimpse into an alternative vision for Doctor Who.

This Black Archive volume publishes for the first time the detailed episode breakdown for Simon Clark’s ‘Blood of the Robots’, originally commissioned to follow Scream of the Shalka as the second in BBCi’s Doctor Who webcast series.

Jon Arnold has edited fanzines including Shooty Dog Thing: 2th and Claw, and is a major contributor to Hating to Love: Re-evaluating the 52 Worst Doctor Who Stories of All Time. He wrote The Black Archive #1: Rose. and The Black Archive #19: The Eleventh Hour

ORDER SCREAM OF THE SHALKA