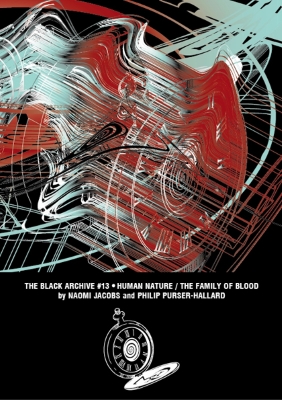 ‘Perhaps, if that human heart breaks, the Time Lord will emerge.’

Even in one of 21st-century Doctor Who’s more complex seasons, Human Nature / The Family of Blood (2007) is a standout story: a narrative with mythic ambitions, which illuminates the true nature and character of the Doctor through the courage and failings of his unknowing human alter ego, John Smith.

Uniquely, the story is also an adaptation of an original Doctor Who novel, scriptwriter Paul Cornell’s Human Nature (1996). Though no specific incidents, and few characters, remain the same, the adaptation is remarkably faithful given the given the differing demands of context, era and medium. Both versions deal with war and trauma, humanity and the alien, school and family, though sometimes with differing emphases. In particular, the treatment of pacifism and the claims of World War I to be a ‘just war’ changes significantly.

As the story of a ‘god’ who becomes human and must sacrifice his life to save the world, the two-parter also opens up questions of theology unusual in Doctor Who, which add an extra dimension to the overall season arc, and to the development of the character of David Tennant’s Doctor.

Naomi Jacobs is a researcher currently based at the University of Aberdeen, whose various work includes examining our lives in a digital world, fan practices of sharing online, and the epidemiology of a zombie apocalypse. Philip Purser-Hallard is the Black Archive range editor.