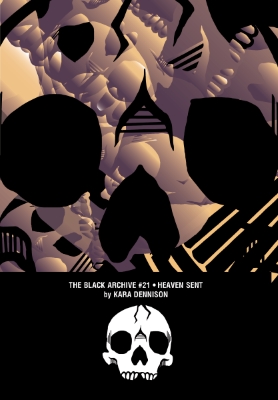 Nine series into its 21st-century run, Doctor Who made history with Steven Moffat’s Heaven Sent (2015). It was the show’s first single-hander, and the first ever to be shortlisted for an Emmy Award.

Beyond that, it took Peter Capaldi’s 12th Doctor on a journey of self-discovery through a bespoke torture chamber, covering billions of years and the depth of a diamond wall.

But Heaven Sent is more than just the Doctor’s own puzzle-box: it also serves as a decoder ring, allowing us deeper insight into both the Time Lord who fled Gallifrey and the persona of ‘the Doctor’ he adopted for himself. With a toolbox containing everything from Jungian psychology to video game design, this Black Archive (the second of three covering the final episodes of the 2015 season) seeks to take apart the Doctor’s Confession Dial and discover what he’s been hiding from his audience – and himself – for all these years.

Kara Dennison is a writer and journalist specialising in deep analysis of geek and genre entertainment.
She has contributed to Seasons of War, and The City of the Saved and You and Who series, and is the co-
creator of the light novel series Owl’s Flower.

In March 2018, she conducted Peter Capaldi’s first public interview since leaving Doctor Who.