Dr Who: The Curse Of The Dæmons

‘By 1973 Amicus was focusing on its forthcoming Edgar Rice Burroughs adaptations, which would begin with The Land That Time Forgot, to be released in 1975. That meant that while Amicus subsidiary Aaru’s name remained on the credits of the next film it would be produced entirely by Hammer.  Michael Carreras took the chance to push the film further towards horror.

The success of William Peter Blatty’s 1971 novel The Exorcist, to which Carreras had tried and failed to obtain the rights and which was being filmed as a major motion picture in the United States, convinced Carreras that a new version of The Dæmons would find an audience at the box office.’

ELECTRONIC BOOK ONLY – PAPERBACK ONLY AVAILABLE IN FOUR BOOKS PACK

The seventh book in the Cushing Dr Who series of charity novels. 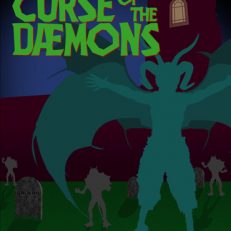 You're viewing: Dr Who: The Curse Of The Dæmons £6.95
Add to basket